+ 1
October 29, 2020
US National Institutes of Health recruits knowledge and science in the service of national strength 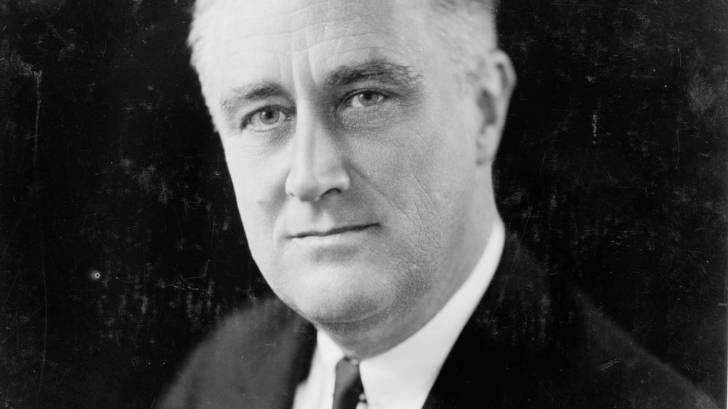 This October 31, 2020, marks an important milestone in American public health: the 80th anniversary of President Franklin Delano Roosevelt (FDR) dedication of the campus of the National Institutes of Health (NIH), located in Bethesda, Maryland.

The President’s stirring speech, delivered from the steps of NIH’s brand-new Administration Building, now called Building 1, was much more than a ribbon-cutting ceremony, said Francis S. Collins, M.D., Ph.D., in his weekly blog posted on October 29, 2020.

This speech gave voice to NIH’s commitment to using the power of science “to do infinitely more” for the health of all people with “no distinctions of race, of creed, or of color.”

“We cannot be a strong nation unless we are a healthy nation. And so, we must recruit not only men and materials but also knowledge and science in the service of national strength,” said FDR.

To get a sense of what it was like to be there on that historic day, I encourage you to check out the archival video footage above from the National Archives and Records Administration, continued Dr. Collins.

These words from our 32nd President are especially worth revisiting for their enduring wisdom during a time of national crisis. In October 1940, with World War II raging overseas, the United States faced the prospect of defending its shores and territories from foreign forces.

Yet, at the same time as he was bolstering U.S. military capacity, Roosevelt emphasized that it was also essential to use biomedical research to shore up our nation’s defenses against the threats of infectious disease.

In a particularly prescient section of the speech, he said: “Now that we are less than a day by plane from the jungle-type yellow fever of South America, less than two days from the sleeping sickness of equatorial Africa, less than three days from cholera and bubonic plague, the ramparts we watch must be civilian in addition to the military.”

As part of the dedication ceremony, Roosevelt thanked the Luke and Helen Wilson family for donating their 70-acre estate, “Tree Tops,” to serve as a new home for NIH.

Founded in 1887, NIH had previously been housed in a small lab on Staten Island, and then in two cramped lab buildings in downtown Washington, D.C. The move to Bethesda, with NIH’s first six buildings already dotting the landscape as Roosevelt spoke, gave the small agency room to evolve into what today is the world’s largest supporter of biomedical research.

Yet, as FDR gazed out over our fledging campus on that autumn day so long ago, he knew that NIH’s true mission would extend far beyond simply conducting science to providing much-needed hope to humans around the world.

Today, in the midst of another national crisis—the COVID-19 pandemic—a similar vision is inspiring the work of NIH.

With the aim of defending the health of all populations, we are supporting science to understand the novel coronavirus that causes COVID-19 and to develop tests, treatments, and vaccines for this new disease.

As FDR put it in his closing remarks: “I voice for America and for the stricken world, our hopes, our prayers, our faith, in the power of man’s humanity to man.”

On the 80th anniversary of NIH’s move to Bethesda, I could not agree more. Our science—and our humanity—will get us through this pandemic and show the path forward to brighter days ahead,’ concluded Dr. Collins remarks.

Dr. Collins was appointed the 16th Director of NIH on August 17, 2009, and continues to serve as the NIH Director.