When Should Preemies Receive Rotavirus Vaccine? 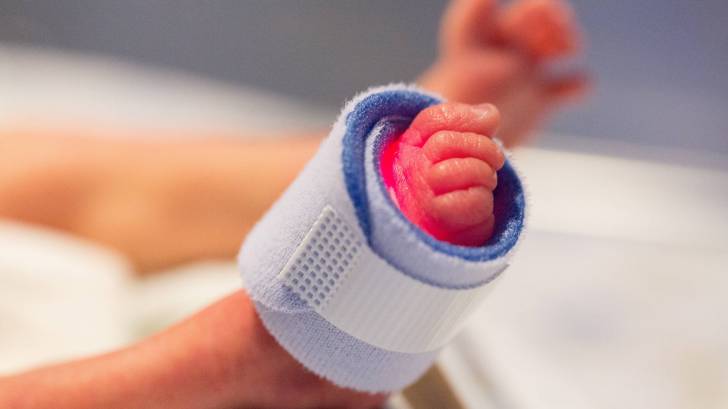 Because preterm infants carry an increased risk of health complications if they contract rotavirus at a young age, especially while still hospitalized, it's recommended to give the rotavirus vaccine as soon as possible.

The Centers for Disease Control and Prevention (CDC) recommends the first rotavirus dose should be administered by 104 days of age.

The Advisory Committee on Immunization Practices and the American Academy of Pediatrics supports rotavirus vaccination of preterm infants according to the same schedule as term infants.

But, with an important stipulation.

The requirement that the vaccine should be administered at or after hospital discharge is because of the concern for rotavirus vaccine shedding and the unknown impact of potential nosocomial spread.

A recent study of infants admitted to an urban academic medical center reported at discharge, only 32.7 percent of infants were up-to-date for rotavirus vaccination, compared with 82.7% for other vaccinations.

Of rotavirus-unvaccinated infants, 42.6 percent were discharged after 104 days of age, and thus vaccination-ineligible.

This research indicates that delaying rotavirus vaccination until discharge from the hospital could lead to missed vaccination opportunities.

Pentavalent human-bovine reassortant rotavirus vaccine (RV5) was used during this study when a baby was age-eligible in the NICU.

These researchers concluded that assuming infection control standards are in place when this vaccine is administered to NICU infants, it is worth it to give the vaccine while in the hospital, rather than after discharge when a preterm infant is no longer eligible and could still develop rotavirus.

Rotavirus is a contagious virus that can cause gastroenteritis (inflammation of the stomach and intestines). Symptoms include severe watery diarrhea, often with vomiting, fever, and abdominal pain. Infants and young children are most likely to get rotavirus disease. They can become severely dehydrated and need to be hospitalized and can even die.

Two rotavirus vaccines are currently licensed for use in infants in the United States:

Both vaccines are given orally, not by a shot. The first dose of either vaccine is most effective if it is given before a child is 15 weeks of age. Also, children should receive all doses of rotavirus vaccine before they turn 8 months old.

The rotavirus vaccine cost varies depending on your insurance and which state you live. The CDC Vaccine Price List provides the private sector vaccine prices for general information.