Deadly New World Hantavirus Has Arrived in the USA 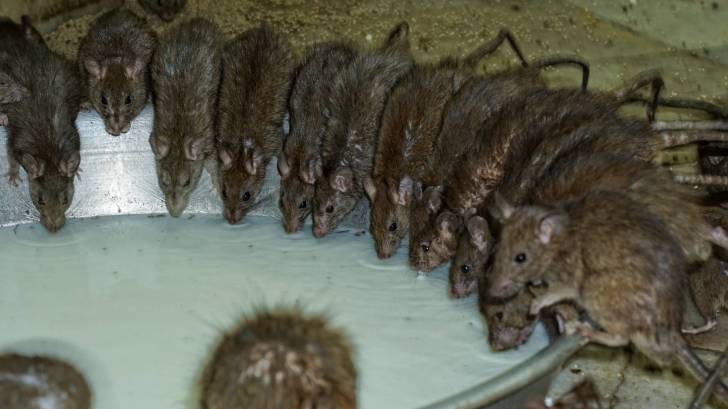 During January 2018, a woman who had previously traveled to the Andes mountain region of Argentina and Chile was admitted to a hospital in Delaware.

This woman tested positive for New World hantavirus immunoglobulin M (IgM) and immunoglobulin G (IgG) by enzyme-linked, immunosorbent assay (ELISA). She was hospitalized during January 20–25, 2018 and discharged after clinical recovery.

According to the CDC, this case was the first confirmed importation of Andes virus infection into the United States.

The Andes virus is a species of New World hantavirus, which is transmitted to humans primarily through contact with long-tailed rice rats (Oligoryzomys longicaudatus).

Clinical symptoms are similar to those of other New World hantaviruses, and the case fatality rate is approximately 36 percent, says the CDC.

Unlike all other hantavirus species, Andes virus can be transmitted from person to person, with transmission typically limited to close contacts of ill persons.

Because of this risk, a contact tracing investigation was initiated by CDC.

Prior to this women’s illness confirmation in Delaware, she traveled on 2 commercial domestic flights in the USA.

Six low-risk contacts, all flight attendants, reported influenza-like illness, diarrhea, or mild rhinitis during the incubation period, and all tested negative for hantavirus by RT-PCR and serology. The remaining low-risk contacts remained asymptomatic, and the CDC investigation concluded on March 8. 2018.

A separate, second fatal case of Hantavirus was reported in the USA during April 2018.

The national surveillance for hantavirus infections in the USA began in 1993 and Hantavirus Pulmonary Syndrome (HPS) became nationally notifiable in 1995.

As of January 2017, a total of 728 cases of Hantavirus Infection have been reported to the CDC in the United States.

According to the CDC, when patients with Andes virus are hospitalized, they should be managed with standard contact and droplet precautions. Although the risk for person-to-person Andes virus transmission is low, contact tracing should be considered to identify potential cases.

Healthcare personnel should consider Andes virus in returning travelers with nonspecific febrile illness or acute respiratory disease whose travel history includes the Andes region of Argentina or Chile in the preceding 6 weeks.

In 1984, the World Health Organisation recommended the development of an effective inactivated vaccine as a matter of priority.

One such product, Hantavax, has been prepared and undergone limited efficacy studies in Korea (Cho and Howard, 1999).

Recently, during September 2018, a Phase 1 clinical trial was launched by the National Institute of Allergy and Infectious Diseases (NIAID), to assess the safety, reactogenicity and immunogenicity of an Andes Virus (ANDV) DNA vaccine for the prevention of Hantavirus Pulmonary Syndrome (HPS).