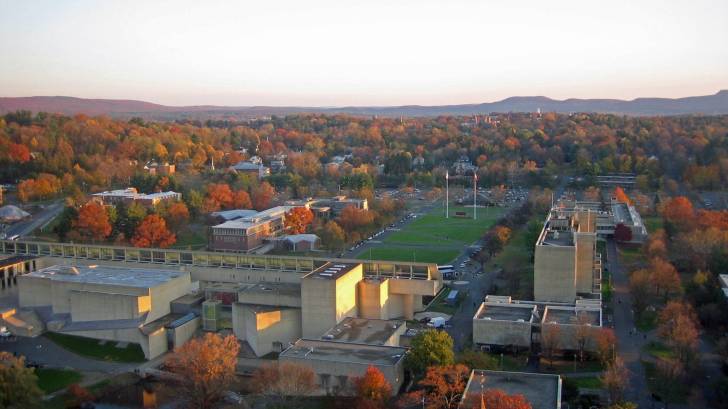 An annual vaccine to prevent Lyme disease is moving closer to launching a human clinical trial, thanks in part to a $1 million dollar appropriation from the Massachusetts state budget.

According to a briefing by Mark Klempner, M.D., executive vice chancellor for MassBiologics in May 2019, unlike a normal vaccine, the new LymePrEP is a pre-exposure prophylaxis shot, administered once per year.

The LymePrEP vaccine candidate uses a protein that specifically targets and blocks the Lyme-causing bacteria in the tick after it bites an inoculated host.

"We propose to get it injected in people sometime in March or April and it would last through the entire tick season to prevent you from getting Lyme disease,” Dr. Klempner told Boston 25 in 2018.

Dr. Klempner added ‘the advantages of injecting an antibody over a vaccination include fewer side effects, only 1-dose is needed, and delivers immediate immunity.’

MassBiologics is part of the Umass Medical School, which is seeking $800,000 in the fiscal 2020 MA state budget to add to $2.1 million in school funds needed for Dr. Klempner’s team to test the safety and stability of the treatment, file a new drug application with the Food and Drug Administration, and begin the initial human trial.

‘It’s frustrating that there are so few ways to protect ourselves from Lyme disease,’ said Mayla Hsu, Ph.D., Director, Research and Science, Global Lyme Alliance.

Dr. Hsu continued to explain in her 2017 online statement, ‘Lyme disease results when people are bitten by ticks infected with the bacterium called Borrelia burgdorferi.’

The previous research published by Dr. Klempner’s team in 2016 found that pre-treating mice with antibodies that bind to Borrelia burgdorferi protected the mice from becoming infected after being bitten by infected ticks.

Two of the antibodies had a dose-dependent effect, which means that when less antibody was pre-treated, fewer mice were protected.

When more antibody was pre-treated, more mice were protected.

This is strongly suggestive that the protective effect was due to the presence of the antibody. In contrast, a control antibody that does not recognize Borrelia failed to protect mice, who became infected.

Like a lock and key, antibodies recognize specific bacterial shapes, sticking only to precise locations on them. In other words, they direct immune defenses to highly specific places, leaving healthy bystander cells safely alone.

But not all antibodies work well.

Initially, the research group immunized mice with OspA protein, which is on the outer surface of Borrelia burgdorferi. In response, hundreds of antibodies recognizing OspA were produced by the mice.

But only 4 were able to promote the killing of Borrelia.

In addition, these antibodies targeted not only Borrelia burgdorferi, but also Borrelia garinii and Borrelia afzelii, which are 2 species of Borrelia bacteria that cause Lyme disease in Europe and Asia.

When the 4 antibodies were analyzed in-depth, the team found that they all bound the purified OspA protein and recognized defined domains or portions of OspA.

Identifying these particular parts of OspA that are bound by the effective antibodies showed important potential targets for the design of future vaccines or new Borrelia-targeted drugs. It was these 4 that were tested and found effective at protecting mice from infection by Borrelia-harboring ticks.

This research results also suggest that certain parts of the OspA protein are common to all 3 species of Borrelia, even though there are other genetic differences between them.

And it shows that there might be a way to potentially block all 3 species from infecting people.

Naturally, this would be enormously useful for people at risk for Lyme disease in other parts of the world.

Dr. Hsu said ‘the authors of this study were careful to interpret their results cautiously, noting that we do not yet know whether the protection might last the duration of tick season, or even whether protection against all strains of Borrelia burgdorferi is possible.’

‘These findings provide a rationale for continuing to develop this strategy and raise the hope that another protective tool might eventually be available in our defense against Lyme disease,’ concluded Dr. Hsu.

Recently, the US Centers for Disease Control and Prevention (CDC) issued new recommendations for a 2-tier test for Lyme disease diagnosis.

On August 15, 2019, the CDC said in the Morbidity and Mortality Weekly Reports (MMWR) ‘when cleared by the Food and Drug Administration (FDA), serologic assays that utilize enzyme immunoassay (EIA) rather than western immunoblot assay in a two-test format are acceptable alternatives for the laboratory diagnosis of Lyme disease.’

Additionally, clinicians and laboratories should consider serologic tests cleared by the FDA as CDC-recommended procedures for Lyme disease serodiagnosis.

Furthermore, on July 29, 2019, ‘the FDA cleared several Lyme disease serologic assays with new indications for use based on a modified two-test methodology. The modified methodology uses a second EIA in place of a western immunoblot assay.’

‘Clearance by FDA of the new Lyme disease assays indicates that test performance has been evaluated and is "substantially equivalent to or better than' a legally marketed predicate test.’

The CDC estimates around 300,000 new cases of Lyme disease per year in the US.

In the USA, the CDC says ‘the geographic distribution of high incidence areas with Lyme disease appears to be expanding into additional states, based on data reported to the National Notifiable Disease Surveillance System(NNDSS).