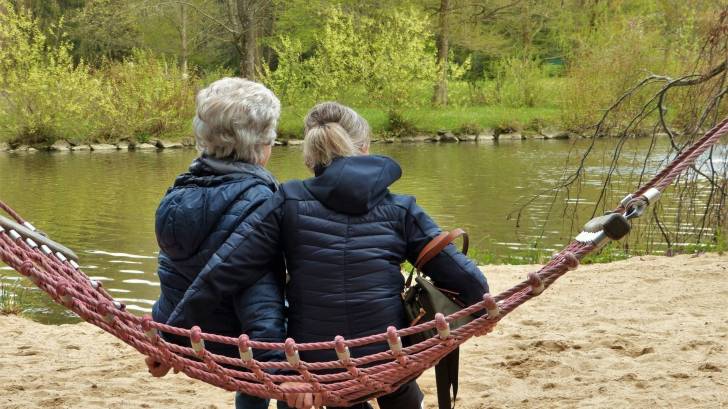 One of the most neglected issues in research is the age at which women should stop cervical cancer screening, said Dr. Talia Malagon in a new study.

With the introduction of human papillomavirus (HPV) testing in cervical cancer precursor screening, there has been much focus on the age at which to start screening.

But, no guideline has dealt with the issue of when to stop testing.

Women who screen above the age of 65 have been shown in previous studies to have a lower cervical cancer risk than women who do not screen.

Whether this lower risk is the residual effect of screening at younger ages is unclear.

In this new study published in The Lancet, these researchers say women who test negative for HPV at or after age 55 can likely forego cervical cancer screening for the rest of their lives.

“Cervical cancers are caused by infections with oncogenic HPV types. We have long used cytology to detect the precancerous lesions caused by HPV, which can then be treated before they ever progress to cervical cancer.”

“While cytology screening has reduced the number of women who get cervical cancer, it is far from perfect because it does not always detect the precancerous lesions which develop into cancer”, said Dr. Malagon in a press release.

“Our study does not necessarily suggest that all screening should stop at age 55 since the benefits of continued screening depend on the type of screening used.”

The research team used a mathematical model to estimate the lifetime risk of cervical cancer in older women who had not been vaccinated.

Their model predicted that without screening or vaccination, 1 in 45 women would be diagnosed with cervical cancer in their lifetime.

Perfect adherence to cytology screening every 3 years between the ages of 25 and 69 reduced the lifetime risk of cervical cancer to 1 in 532 women.

For unvaccinated women with typical adherence to cytology screening, stopping screening at age 55 years was associated with a lifetime risk of cervical cancer of 1 in 138, compared to 1 in 160 when screening was stopped at age 70 years.

Although increasing the age at which women stopped cytology screening from 55 years to 75 years led to incremental decreases in cancer risk later in life, the findings suggest that a substantial part of the reduction in risk is due to screening before age 55 years.

However, the remaining lifetime risk (estimated risk after the age of final screen) after a woman stops screening depends on the type of screening used. ACOG and the USPSTF recommend  screening until 65 in low risk women who have been adequately screened in the past.

For women who have never been screened, a single negative HPV test still indicated a relatively low remaining risk of cervical cancer after the age of 55 years (1 in 1096).

Similarly, the remaining lifetime risk at age 70 years was 1 in 1206 for women who had a negative cytology test, but even smaller (1 in 6525) with a negative HPV test.

A negative cytology and HPV screening co-test at 70 years were associated with a remaining lifetime risk of 1 in 9550.

The HPV vaccine has great potential to decrease cervical cancer incidence in the long-term, and vaccine programmes have been introduced in many countries.

However, older women who have not benefited from vaccination will still depend on regular screening for cervical cancer prevention.

Cervical cancer incidence and mortality remain high in older women - for example, US women aged 70 years or older have a higher risk of death from cervical cancer, compared with women aged 40-44.

These authors stress that their results might not be applicable to future cohorts with high vaccination coverage or who will have been screened for most of their lives with HPV testing.

However, since it will be many decades before cohorts vaccinated as adolescents reach the age of 50-70 years, they note that the results are likely to be applicable to older cohorts of women for years to come.

The authors also note that while the HPV DNA test is more sensitive than cytology in detecting high-risk HPV types, used alone it may miss lesions caused by other oncogenic HPV types.

However, the estimates suggest that the lesions not detected by the HPV DNA test at age 55 years have a low probability of progressing to cervical cancer in the remaining lifetime.

This study was funded by the Canadian Institutes of Health Research.

Recently, on October 6th, 2018, the Gardasil 9 HPV vaccine was approved for women and men aged 27 through 45 years.

“Preventing cancer with a vaccine is a dream come true as a healthcare provider. And now even more people can benefit from this life-saving therapy,” said Michelle Beall, Pharm.D., Clinical Pharmacist, Brookshire Grocery Company.

“I highly encourage anyone from 9 to 45 years of age to ask their pharmacist about receiving the HPV vaccine,” said Beall.

And vaccine discounts can be found here.