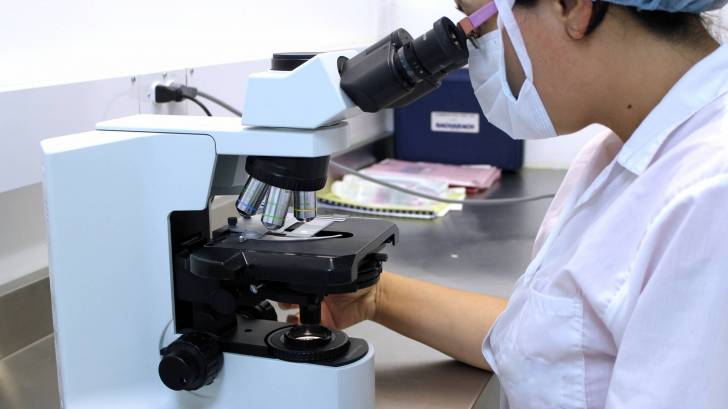 Using the groundwork laid by Yale scientists in the 1990s, the first-ever Ebola Zaire vaccine was recently approved by the European Commission.

The Ervebo (v920) vaccine’s approval is the fruition of decades of research led by John Rose, Ph.D., a School of Medicine pathology professor emeritus, who developed a method to genetically engineer the harmless vesicular stomatitis virus, or VSV, to express proteins found on other viruses to build immunity without developing harmful symptoms.

“We suspected that VSV, which is a type of RNA virus circulating among livestock that is harmless to humans, could be a very potent vaccine platform for numerous diseases, like influenza and HIV. The idea was to insert new genes from pathogens into VSV and use this genetically modified virus as a vaccine.”

When injected, the genetically modifiable virus developed by Dr. Rose’s group allows exposure to disease-causing proteins from a range of harmful viruses while circumventing illness. The body is then able to build immunity to the harmless “mimickers” of infection.

In the case of the Ervebo vaccine, immune cells respond to Ebola surface proteins built onto VSV, and immunological memory can develop without making people sick because the VSV system poses no harm.

According to Dr. Rose, the genetically engineered VSV platform was not intended for treating a specific disease, but rather to be modified for applications in numerous viral diseases. After developing the VSV platform, Dr. Rose and his collaborators provided this system to over 100 labs, including one in Germany working on an Ebola vaccine.

The vaccine was administered to patients in the Democratic Republic of Congo (DRC) under a compassionate use principle, also known as expanded access, that enables access to promising, but not yet fully characterized therapies, when no other treatments exist.

After the vaccine’s successful clinical trials during the West African outbreak, Ervebo has been used under this legal umbrella to vaccinate more than 250,000 people in the most recent outbreak.

The Ebola Virus disease is a rare and deadly disease in people mainly located in sub-Saharan Africa. People can get EVD through direct contact with an infected animal or a sick or dead person, infected with the Ebola virus, says the CDC.

The FDA has not yet approved a vaccine or treatment for Ebola virus infection, as of December 3, 2019.  There are several investigational vaccines and treatments for Ebola in development and are being evaluated in clinical trials.