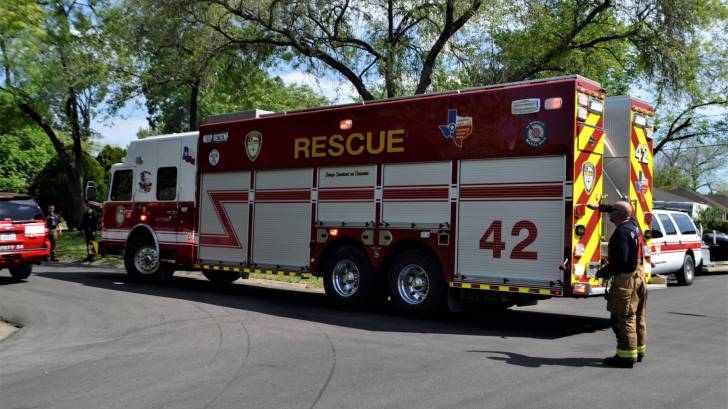 The El Paso, Texas Fire Department is once again offering free vaccines to a large segment of the city’s adults for the remainder of Fall 2018, reports KVIA news.

The fire department is resuming the ‘Vaccinations for Health’ program delivering free flu shots to patients 18+ and pneumonia vaccines to those older than 64 years of age.

El Paso city statistics show that 40 percent of the free vaccine clients were 60 years or older from 2016 to 2017.

The Vaccinations for Health program is a collaboration between the El Paso Fire Department and the El Paso Department of Public Health, providing preventative health care to the uninsured and/or Medicaid population in western Texas.

“It is the older members of the community that take advantage of these programs, which is what we want because they are the individuals that really need to be protected,” Chief Arvizu said.

There are 9 free clinic dates starting on October 20, 2018. For more vaccination clinic location and date information, residents are encouraged to call 3-1-1 or visit the EPFD website.

Additionally, on the University of Texas at El Paso (UTEP) campus, there are various infectious disease vaccination programs for students, such as:

Additionally, the El Paso Department of Public Health announced during September 2018 that a 5th case of West Nile Virus was confirmed during 2018.

There were 14 human cases of West Nile confirmed in El Paso during 2017.

West Nile Virus (WNV) is a member of the flavivirus genus and belongs to the Japanese encephalitis antigenic complex of the family Flaviviridae, says the Centers for Disease Control and Prevention (CDC).

“We continue to recommend that El Paso residents practice mosquito bite prevention as a way to prevent this and other vector-borne diseases,” said Fernando Gonzalez, Lead Epidemiologist, in a press release.

“El Paso residents can call 3-1-1 to report large areas of standing water that may be breeding mosquitoes and the Environmental Services Department will investigate and remedy the situation.”

This preventative action plan is important since the CDC reported an 83 percent increase of confirmed West Nile cases in just one month.

As of October 16, 2018, a total of 49 states and the District of Columbia have reported 1,976 cases of West Nile virus disease in people, and 86 related deaths.

Of these cases, 1,176 (60%) were classified as neuroinvasive diseases, such as meningitis or encephalitis.

Additionally, as of September 10th, the Texas Department of State Health Services had reported 37 confirmed West Nile cases, during 2018.

While everyone waits for a preventive vaccine to be CDC-approved, the best methods to avoid contracting West Nile is by following the 4Ds, which are as follows: