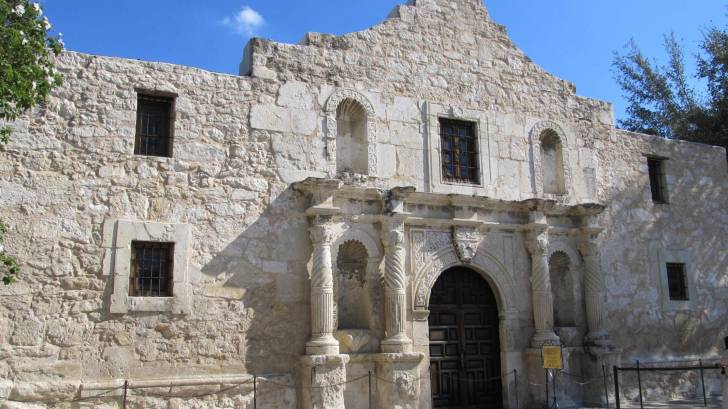 According to various media reports, the city of San Antonio, Texas may have an additional contagious disease risk to address.

On May 31, 2019, U.S. Border Patrol agents assigned to the Del Rio Station in Texas apprehended a large group of people from Africa, which included nationals from Angola, Cameroon, and the Congo.

Later, on June 6th, San Antonio Assistant City Manager Dr. Collen Bridger, MPH, Ph.D., told the local CBS affiliate KENS5, “When we called Border Patrol to confirm, they said, ‘yea another 200 to 300 from the Congo and Angola will be coming to San Antonio.”

But when immigration programs include people from African countries such as the Congo, there is an entirely new dimension of concern – dangerous contagious disease.

This risk is related to the Democratic Republic of Congo (DRC) ongoing Ebola Zaire outbreak.

This WHO data represents a case fatality ratio of 67 percent.

The concern for the US Border Patrol and cities such as San Antonio is when someone gets infected with the Ebola, they may not show signs or symptoms from 2 to 21 days after contact with the contagious virus.

The Centers for Disease Control and Prevention (CDC) says there is no known risk of becoming infected with Ebola virus through casual contact with a survivor.

However, the virus can remain in certain bodily fluids and continue to spread to others after a person has recovered from the infection. The Ebola virus can persist in blood, semen, breast milk, ocular fluid, and spinal column fluid for an unknown timeframe.

This CDC information indicates local health services can only help those who exhibit Ebola symptoms when the person is being screened in the USA.

It is difficult to assess the efficiency of current health systems in detecting, treating, and preventing onward transmission of the Ebola virus, as the number of unobserved outbreaks is by definition unknown, concluded a new study published in PLOS.

This study’s main result is that at least half of all Ebola outbreaks go undetected.

These researchers concluded saying 'We intend this analysis not as a precise quantification of rates of Ebola detection, but rather as a demonstration of the high probability that many spillovers go undetected and many large outbreaks are not detected early.'

In other words, health screening for diseases is a challenge when symptoms are not yet evident.

However, there is some good news regarding identifying and preventing the Ebola virus from spreading.

First, there is an Ebola Zaire vaccine candidate approved for deployment in the DRC.

Merck’s v920 rVSV∆G-ZEBOV-GP vaccine candidate has been administered over 100,000 times.

The v920 ebola vaccine Vaccine Efficacy (VE) was estimated at 97.5 percent, in a preliminary report.

Additionally, during February 2019, a WHO ethics committee recommended the use of the v920 vaccine for pregnant and lactating women, and young children, in the DRC.

A significant stockpile of approximately 1.5 million of the Janssen investigational Ebola vaccine regimen is ready for potential deployment in public health emergencies.

Second, during November 2018, an emergency use authorization (EUA) has been issued by the U.S. Food and Drug Administration (FDA) for Chembio Diagnostics DPP Ebola Antigen System, which is a rapid, single-use test for the detection of the Ebola virus.

The DPP Ebola Antigen System is a mobile test, which can help provide clear diagnostic results in areas where patients are likely to be treated.

And third, the University of Texas Medical Branch at Galveston (UTMB) has a state-of-the-art Biocontainment Care Unit specially designed to treat patients exposed to highly infectious diseases, such as Ebola.

Susan McLellan, M.D., Ph.D., medical director of UTMB’s Biocontainment Care Unit, said “The fact that we’re here—the fact that we think about it—means that we won’t have someone accidentally coming through the ER, being sent up to the general ward with something that could kill people."

"This makes this kind of hospital the safest place to be in when there’s a risk of a highly infectious pathogen.”

To alert international travelers planning a visit to the DRC, the CDC updated its Level 2 Travel Alert on May 17, 2019.

This ‘Practice Enhanced Caution’ Alert says travelers to the DRC could be infected with Ebola if they come into contact with an infected person’s blood or other body fluids.

The best news from the CDC is that there has not been a locally acquired Ebola virus case in the USA, ever.

But, those living in the DRC do have a significant measles virus challenge.

On June 11, the DRC officially declared a measles epidemic in 23 provinces. Since the beginning of 2019, a total of 87,000 suspected cases have been reported with a lethality estimated at 1.8 percent.

Measles is a highly contagious viral disease for which no treatment exists. The only way to prevent the spread of measles is through vaccination.

Hopefully, newly arriving immigrants from the DRC are offered the measles vaccine by the US government.