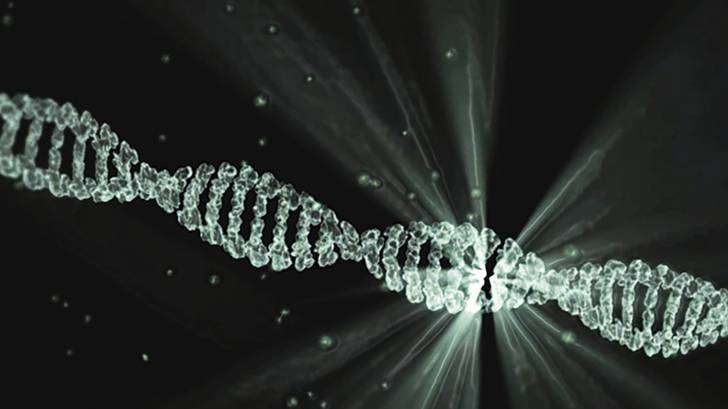 Fred Hutchinson Cancer Research Center researchers have been exploring the idea that lifelong infections with herpes viruses might be cured by using the DNA-cutting tools of gene therapy.

Initial research showed these techniques could knock out small quantities of latent virus, and the work of improving the results fell to virologist Dr. Keith Jerome Jerome and Dr. Martine Aubert.

Much of the team’s meticulous work of the past 5-years has involved finding better ways to target infected clusters of nerve cells and to thwart the virus’s ability to quickly repair the cuts to its genes.

This team has just published a paper in Nature Communications on August 18, 2020, showing that, through a series of incremental improvements on their original method, they had destroyed up to 95 percent of herpes virus lurking in certain nerve clusters of mice.

“This is the first time that anybody has been able to go in and actually eliminate most herpes in a body,” said Dr. Jerome, who is also spearheading research at Fred Hutch and the University of Washington on COVID-19.

“It is a completely different approach to herpes therapy than anybody’s ever had before. I hope that this study changes the dialogue around herpes research and opens up the idea that we can start thinking about a cure, rather than just control of the virus,’ commented Dr. Jerome in a press statement.

The hidden herpes viruses are disabled by an injection that tracks down infected nerve cells and induces them to make special gene-cutting enzymes, which work like molecular scissors, to slash viral genes in specific places.

Whereas most research on herpes has focused on suppressing the recurrence of painful symptoms, the Fred Hutch gene therapy work addresses the root cause of reactivation: the presence of the latent virus in infected nerve cells.

It will still take a long time before these mice experiments lead to human clinical trials to cure herpes. Dr. Jerome estimates that will be at least three years away.

The Jerome Lab’s herpes research thus far involves only HSV-1, but the scientists are now working on ways to extend their success to HSV-2. The first step will be to repeat their experiments using HSV-2 in guinea pigs, which, unlike mice, experience natural reactivations of herpes virus infections, just as humans do.

The advances in herpes cure research over the past five years are largely due to a series of improvements in the gene-editing tools. First, the researchers added combinations of different gene-cutting enzymes. The more cuts these molecular scissors make, the harder it is for the virus to recover.

Second, they chose different strains of harmless carrier viruses that do a better job of transporting those cutting tools to the places in the body where infected nerve cells are clustered.

“It’s been three or four years of work, but I think what we describe in the paper is a really big step,” said Dr. Aubert. “It gets us closer to really considering this as a curative approach. It gives us the green light.”

Since the earliest days of the experiments, the Jerome team learned to rely on a cutting enzyme called a “meganuclease” that can zero in on a segment of herpes DNA and cut both strands of the double helix. Despite the “mega” in its name, these scissors are extraordinarily small — about half the size of an antibody, those tiny, Y-shaped proteins our immune system uses to swarm over and disable viruses and bacteria.

The team attained its first promising results years ago using a single type of meganuclease that proved effective in cutting the herpes virus DNA, but the results were short-lived. The virus could rely on the infected cells’ own DNA-repair programs — which don’t distinguish between viral genes from their own — to fix the break most of the time.

But over time, the researchers found that they could eliminate up to 90% of the latent virus by using a mix of two or three different meganucleases. It is simply harder to repair two breaks than one. With more tinkering, the results continued to improve.

The researchers also refined their methods of transporting molecular scissors to targeted nerve cells. From the beginning, Jerome and his team have relied on a harmless, hollowed-out virus that is drawn to the surface proteins of nerve cells.

Called an adeno-associated virus vector, or AAV, it is the little workhorse of gene therapy. In this case, it is used to ferry to the infected nerve cells' genetic instructions that cause them to make those meganucleases.

“We inject the AAV vector, and it finds its way,” Aubert said.

Latent herpes viruses lurk in clusters of nerve cells called ganglia, and researchers have found that some ganglia are harder to reach than others. Over the years, they discovered that some AAV strains are better suited than others to find specific types of nerve clusters, and this has helped them fine-tune the selection of these delivery viruses to match infected cells in different places.

In their mouse experiments, the team continued to improve their results, nudging them up to a 95% reduction in herpesvirus infection in one prominent nerve cluster using a selection of two different meganucleases carried by three different flavors of AAVs. By selecting vectors that are primed for harder-to-reach nerve clusters, the group expects to continue improving their ability to eradicate the virus.

As the Jerome Lab prepares to see if its gene therapy can block genital herpes, they are also reshuffling their selection of vector viruses and meganucleases to target nerve cells infected by HSV-2.

They are collaborating with Dr. Barry Stoddard, a Hutch colleague who specializes in discovering the structure of proteins, to custom-design a set of meganucleases that they hope will work even better than the first.

“The three enzymes they use already work pretty well, but one doesn’t quite work as well as the others,” Dr. Stoddard said. “We’re looking at the structure and determining a few changes to improve performance.”

Stoddard is also tweaking the meganucleases’ structures to make them a better fit against HSV-2.

In their latest paper, the team evaluated the use of a newer and more glamourous gene-cutting tool, CRISPR-Cas9. Somewhat surprisingly, they found that this newfangled precision cutting tool did not perform as well as their meganucleases.

One possible reason: CRISPR is a much larger molecule, and the comparatively smaller meganucleases are easier to package and deliver to nerve cells.

Stoddard said that meganucleases can also more accurately zero in on their target genes than CRISPR, which is known for its “off-target” effects — cutting the wrong gene. The advantage of CRISPR is that it can be designed quickly, while meganucleases are laborious to make.

”It can take a day to make a new CRISPR. It takes about three months to make a meganuclease," Stoddard said.

Experience has shown, however, that the Jerome Lab is endowed with patience. Their 10-year trek has proven the potential of gene therapy for erasing herpes, yet the road ahead will undoubtedly require deep reserves of patience and persistence.

Although the antiviral drug acyclovir can knock down an outbreak of HSV-2, the virus lingers for a lifetime within infected nerve cells and may reactivate, causing recurrent bouts of painful sores, on average, up to 7 times per year.

The prevalence of this chronic disease increases with age.

Less than 1 percent of teens in the USA are infected, but that increases to 21 percent of Americans in their 40s, according to the Centers for Disease Control and Prevention (CDC).

The research was supported by the Caladan Foundation and the National Institutes of Health. Meganucleases used in the experiments described in the Nature Communications paper were supplied by Paris-based Cellectis SA. Scientists at Fred Hutch played a role in developing these discoveries, and Fred Hutch and certain of its scientists may benefit financially from this work in the future.

Herpes vaccine candidates are in various stages of clinical research and are listed on this webpage.