500 Million Easter Eggs Could Be Saved by the FDA 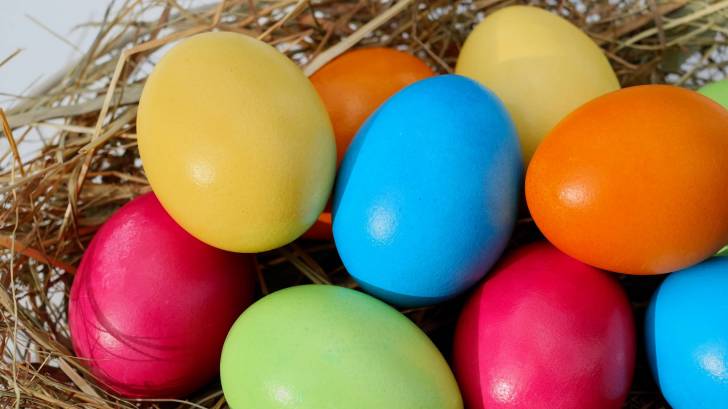 While many chickens lay eggs for human consumption, hundreds of millions of eggs are used in the production of flu vaccines.

And, these eggs are more expensive than your typical omelet-making eggs.

The quality of eggs needed for flu production can only be found at special farms, where hens are kept under controlled conditions.

“Every year, between 450 million and 500 million eggs are used for the production of immunization shots, said Martin Howell Friede,” the chief vaccine researcher at the World Health Organisation (WHO).

“More than 90 percent of the world’s flu vaccine is being produced with the help of eggs,’’ he recently told dpa.

Twice a year, health experts decide which influenza virus variants could dominate the next season. More than 100 national influenza centers in over 100 countries conduct year-round surveillance for influenza, have input into this decision.

In the United States, the Food and Drug Administration (FDA) makes the final decision about vaccine viruses for influenza vaccines to be sold in the U.S.

After around 10 days, billions of copies of the virus have matured in the egg white. the influenza viruses for the vaccine are then inactivated (killed), and the virus antigen is purified, says the CDC.

One reason for this production problem is the vaccine strain mutates during the egg-based manufacturing process creating mismatches with actual circulating flu strains, reports the CDC.

The vaccine production timing is another challenge.

"Current surveillance by the WHO and other institutions revolves around the six-to-eight month egg-substrate vaccine timelines,” said Gilbert Saint-Jean, Ph.D., healthcare analyst at GlobalData.

But, given the poor Vaccine Effectiveness (36%) of 2018 vaccines, new production methods are under serious consideration.

Researchers have long been looking for alternative host cell cultures, but these approaches are not yet ready for mass production.

US Food and Drug Administration Commissioner Scott Gottlieb, MD, recently gave an oral testimony before the US House Committee on Energy and Commerce Subcommittee showing data that cell-based and recombinant vaccines have been more efficacious during the 2018 season.

According to the FDA’s data, the flu vaccine was only 25% effective against the influenza A (H3N2) strain, which dominated most of the 2018 season.

“The data aren’t final yet, but I’m comfortable saying that I think it’s going to be about 20 percent improved efficacy for the cell-based vaccine relative to the egg-based vaccines,” Dr. Gottlieb said.

“This would allow us to more rapidly address newly emerging strains or strain drift. Getting all the necessary preparatory work done is one of the limiting steps of egg-based technologies, said Dr. Gottlieb.

Both the FDA's Vaccines Advisory Committee and the WHO are recommending the same influenza targets for the 2018-2019 flu season.

For the remainder of the  2018 flu season, vaccines are still available at most pharmacies offering FDA approved flu vaccines.