+ 2
December 21, 2019
ChAdOx1 vaccine candidate to be tested against MERS-CoV in Saudi Arabia 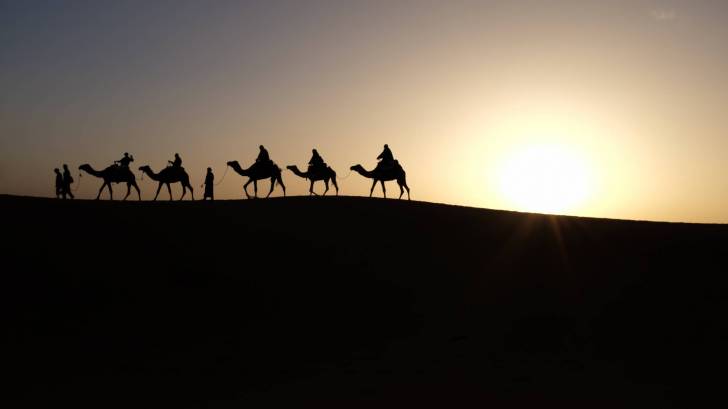 A Phase Ib clinical trial in the Kingdom of Saudi Arabia (KSA) has launched to evaluate a vaccine candidate to protect people against the Middle East Respiratory Syndrome Coronavirus (MERS-CoV).

Announced on December 19, 2019, this limited study will be the 1st clinical trial focused on MERS-CoV to be conducted in the KSA.

This is important news since MERS-CoV has spread to different countries in the Middle East and other regions.

The World Health Organization (WHO) recently reported that from 2012 through November 30, 2019, a total of 2,494 laboratory-confirmed MERS cases and 858 associated fatalities have been recorded, with the vast majority of these cases confirmed in Saudi Arabia.

The number of MERS cases reported in KSA this year was more than 2018, but significantly less than the 2014-2017 corresponding period.

The trial is a collaboration between the Jenner Institute and the King Abdullah International Medical Research Center (KAIMRC), funded by the Department of Health and Social Care.

MERS-CoV causes an emerging zoonotic (transmitted from animals to humans) viral respiratory disease that was first described in 2012.

Dromedary camels are now recognized as the source of zoonotic infections.

In a recent study, 54.9 percent of primary cases were associated with direct camel exposure.

Human to human transmission, especially in hospitals, has been responsible for the majority of cases seen in recent outbreaks.

The new trial in KSA will replicate the design of the initial study performed in Oxford. In that study, 24 healthy adult volunteers aged 18-50 years received a single dose of vaccine with the aim of assessing the safety and tolerability of ChAdOx1 MERS.

The ChAdOx1 MERS vaccine was found safe and well-tolerated at all tested doses. A single dose was able to induce immune responses against MERS-CoV.

It is hoped that the trial in KSA will provide additional data to support these findings, and conducting a clinical trial in a disease endemic region is an important step in vaccine development.

A vaccine against MERS-CoV could be used to prevent zoonotic transmission, especially in those frequently exposed to camels in the Middle East, to immunize healthcare workers in regions where hospital outbreaks have occurred or to respond to an outbreak in a healthcare setting or community.

Professor Sarah Gilbert, UK project leader and Professor of Vaccinology at the Jenner Institute, said in a related press release, 'I congratulate KAIMRC on starting the first phase I clinical trial of a novel vaccine ever to take place in Saudi Arabia. It is appropriate that the trial is of a vaccine against Middle East Respiratory Syndrome.’

‘I look forward to continuing the fruitful collaboration between the Jenner Institute at Oxford University and KAIMRC.'

Naif Alharbi, vaccinologist and Co-PI on the Saudi MERS vaccine trial, said: 'I am honored to lead the Oxford-KAIMRC collaboration that is now making historical progress as we are starting the first-ever phase I clinical trial in Saudi Arabia for this vaccine.’

It is essential that we conduct phase I trials for MERS vaccines in Saudi Arabia where MERS-CoV is endemic and considered a national health research priority.’

‘I am also thrilled to have worked on the vaccine from lab and mice testing in Oxford and then to have been leading its development in camels and humans in Saudi Arabia.’

‘This trial will pave the way to further development of MERS vaccines.’

‘This trial also comes in time with our recent successful completion of evaluating the same vaccine in camels in Saudi Arabia.'

Mohammad Bosaeed, ID consultant and PI on the Saudi MERS vaccine trial, said: 'It is a great pleasure to lead the MERS vaccine phase I clinical trial, first-ever Saudi phase I trial. We have also recently received approval for a state of the art clinical trial unit in our hospital (at the Saudi National Guard Health Affairs), the 1st of its kind in the country.’

‘We are now recruiting for the study which assesses safety and immunogenicity of ChAdOx1-MERS vaccine in healthy subjects in Saudi Arabia. I have no doubt that this great milestone would open the doors for more clinical trials both in KAIMRC and in Saudi Arabia; we are excited and grateful for collaborating with Oxford University.'

MERS-CoV infection can be asymptomatic or can result in severe acute respiratory distress and death.

MERS-CoV has been listed as a priority pathogen for research and development by the WHO and other health agencies around the globe.

Previously, during July 2019, the GLS-5300 MERS CoV vaccine candidate was shown to be safe, well-tolerated, and induced a robust immune response in a Phase 1 first-in-human clinical trial.

In this study, more than 85 percent of volunteers exhibited a detectable immune response to MERS CoV after 2 GLS-5300 vaccinations. This immune response persisted throughout the study and was similar in magnitude to the response seen in survivors of natural MERS CoV infection.

This new research is funded by the Department of Health and Social Care (project number:16/107/01) as part of the UK Vaccine Network (UKVN), a UK Aid program to develop vaccines for diseases with epidemic potential in low and middle-income countries (LMICs). The work was supported by the UK National Institute of Health Research (NIHR) through the Oxford Biomedical Research Centre (BRC). The Coalition for Epidemic Preparedness Innovations (CEPI) provided funding for the extended 12 months’ follow-up in this study.

Future development of the vaccine will be funded by the Coalition for Epidemic Preparedness Innovations (CEPI), a public-private coalition that aims to derail epidemics by speeding up the development of vaccines. CEPI will fund the vaccine for public health use.

The commercial rights to this vaccine are held by Vaccitech, a University of Oxford spin-out company.

The views expressed are those of the authors and not necessarily those of the Department of Health and Social Care.