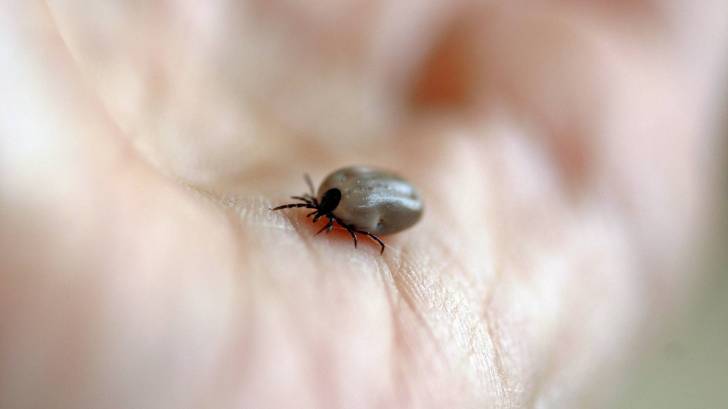 According to new data published in the Canadian Communicable Diseases Report (CCDR), there were 959 probable and confirmed human cases of Lyme disease reported in Ontario during 2017.

The highest incidence rates of Lyme Disease were found in Ontario:

According to these researchers, climate change has contributed to the expansion of the geographic range of black-legged ticks in Ontario, increasing the risk of Lyme disease for Ontarians.

Lyme disease is an infection caused by the spirochete Borrelia burgdorferi and, in most of North America, is transmitted by the black-legged tick Ixodes scapularis.

The US Centers for Disease Control and Prevention (CDC) says Lyme disease is the 6th most commonly reported notifiable infectious disease, causing more than 300,000 illnesses each year in the United States.

In a related study, between June and October 2017, tick surveillance was conducted at 23 sites in Ottawa municipal parks, recreational trails, and forests. Black-legged ticks were tested for B. burgdorferi, Borrelia miyamotoi, and Anaplasma phagocytophilum.

Of the 194 adult and 26 nymphal I. scapularis tested, the prevalence of infection was found to be:

Previously, on August 5th, 2018, a new study reported Lyme disease is spiking in the United States.

According to this study, Lyme disease reached all 50 United States and the District of Columbia during 2017.

During early August 2018, Vermont state health officials reported that laboratory results from the CDC have confirmed the 1st death of a Vermont resident was a result of Lyme carditis, which is a rare complication of Lyme disease.

According to CDC, between 1985 and 2014, there were 9 deaths related to Lyme carditis reported worldwide.

Previously, the World Health Organisation reported Lyme disease cases are increasing at a rate of 14 percent a year, led by the Czech Republic, Estonia, Lithuania, and Slovenia.

The best way to prevent infectious diseases is with a preventive vaccine.

But, various pharmaceutical companies have devoted considerable effort to developing a vaccine for Lyme disease, but there are no vaccines for humans available in the United States today.

There is one early stage, clinical trial underway: VLA15-101 is a multivalent, protein subunit vaccine that targets the outer surface protein A (OspA) of Borrelia and intended to protect against the majority of human pathogenic Borrelia species.