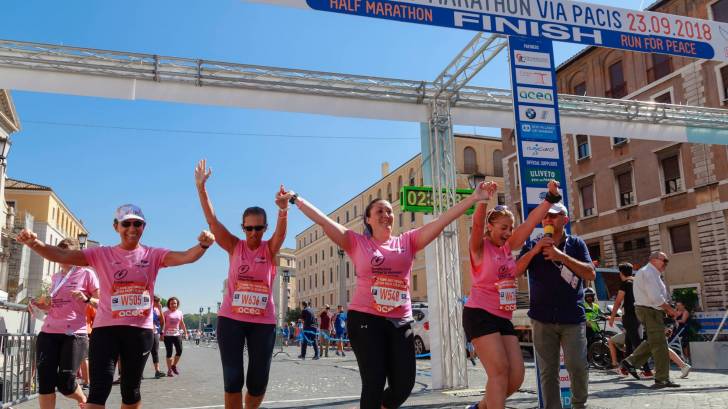 With a surprisingly simple approach in which cancer cells are first grown, ruptured and converted into nanoparticles, and then used as a vaccine, Vanderbilt University researchers say they have developed what appears to be a promising treatment for breast cancer metastasis.

Metastasis is the last stage of cancer, responsible for about 90 percent of cancer-related deaths.

This innovative research published on May 21, 2020, is led by Jenna Dombroski, Ph.D. student and National Science Foundation Graduate Research Fellow in the lab of Michael King, J. Lawrence Wilson Professor of Engineering and chair of the Vanderbilt biomedical engineering department.

Dombroski found that vaccinations of tumor nano-lysate (TNL) – cancer cells are broken up into thousands of nanoparticles – delay primary tumor growth and metastasis after being challenged with a tumor cell implantation.

The study builds on years of King’s research on circulating tumor cells (CTC) – how cancer cells travel throughout the body in the bloodstream – and the initiation of apoptosis by the protein TNF-related apoptosis-inducing ligand (TRAIL).

TRAIL, combined with fluid flow, acts as a stick of dynamite, rupturing individual cancer cells into a thousand nanoparticles.

In the lab, Dombroski and King recreated the apoptosis effect without using TRAIL at all.

Instead, the duo found the precise conditions required of ultrasound forces to recreate how the protein breaks apart the cancer cells into TNL.

Working in the Vanderbilt Institute of Nanoscale Science and Engineering Analytical laboratory, Dombroski and King mimicked the effect down to the exact size, shape, protein composition, and electronic charge.

The TNL was then injected, and much like any other vaccine that trains the immune system to recognize and attack foreign viruses or bacteria, the injected white blood cells not only attacked the TNL but learned to clobber the CTC responsible for metastasis.

Dombroski and King’s approach of using TNL as the vaccine has shown that the protective activity of white blood cells could be much more straightforward.

Their new technique affords the King lab ample room to optimize the vaccine by adding other chemicals to improve the efficacy of cancer immunotherapy and increase the trial size.

“What I like most about this study is that it is an elegant solution to the painful problem of cancer treatment,” noted King.

“We take cancer cells, hit them with ultrasound forces, deliver them as a vaccine, and it works.

Next, we are going to figure out why this approach works so well, which is a lot more fun than figuring out why something isn’t working.”

Metastasis is caused when a cancer cell from a static tumor leaches into the bloodstream as a CTC.

While most CTC die, some are able to survive in the bloodstream long enough to land in a different part of the body and grow into a new tumor in a different organ.

In the U.S., breast cancer is most diagnosed among women, with 1 in 8 facing the disease in her lifetime. It also affects men in smaller numbers.

Survival rates for the localized disease are 99% but fall to 27% in the later, metastatic stage.

Breast cancer has the lowest 5-year survival rate of all cancers in the U.S.

This research was funded by Vanderbilt and a grant from the National Institutes of Health. Future research will be funded by Dombroski’s NSF Graduate Research Fellowship.