Which Airline Seat Is Best to Avoid Infectious Diseases?

+ 1
September 24, 2018
Airline passengers should establish a 3-row protective zone from anyone coughing, wheezing or sneezing 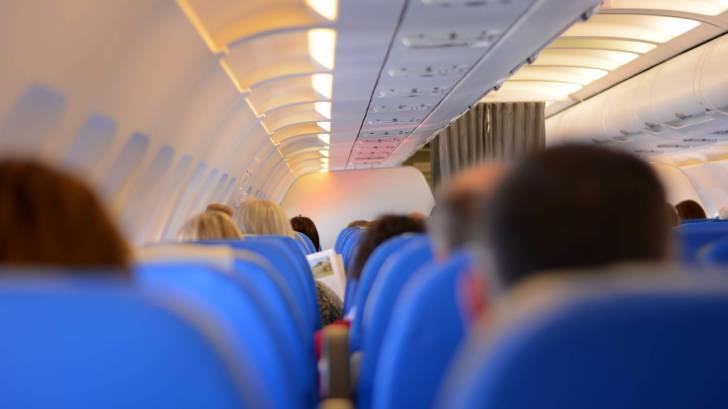 As the 2018 holiday travel season approaches and airline travel becomes busier, there are a few things you can do to avoid catching an infectious disease, such as the flu or measles.

And with the recent ‘scares’ at New York’s JFK airport and a multi-city measles alert in Texas, passengers are wondering what can they do to by-pass the ‘sickness zone’.

The good news is that passengers can reduce the risk of infection during a flight through seating preferences and by simply avoiding sick people.

A recent study of 10 transcontinental flights on single-aisle aircraft in the United States, found that if a person is sitting within 2 rows of a sick person, there is a higher probability of catching their respiratory illness.

This means if a coughing passenger is seated in the same row, directly in front of or behind you, the odds are not in your favor.

Unlike droplets that fall to the ground quickly, aerosols could remain suspended in cabin air until they are breathed in or drawn into the heating, ventilation, and air conditioning system and putatively trapped by high-efficiency particulate air filters.

This study says passengers should establish a 3-row protective zone from anyone coughing, wheezing or sneezing.

But, this study found that 40 percent of the transmission occurred outside of the 2-row protective zone, suggesting that in-flight movement may be an important factor in disease transmission.

These researchers say that very little is known about how passengers and crew mix on airplanes.

Their data reported 38 percent of passengers never left their seats during the flight, 38 percent left once, 13 percent left twice, and 11 percent left more than two times. The median amount of time spent out of the seat for each passenger who moved was 5.4 minutes.

Given the restraints of time periods when passengers and crew must be seated and the physical restraints of seating in an airplane, it is difficult to believe that random mixing of passengers occurs.

These researchers caution about extrapolating this study’s findings to short-hop domestic flights or international flights. On short-hop flights, the amount of movement may be much less.

Conversely, on longer international flights, there will be substantially more movement of passengers and crew, leading to many additional close contacts.

Which means, with over 3 billion airline passengers annually, the in-flight transmission of infectious diseases is an important global health concern.

These researchers reported various potential conflicts of interest, such as receiving support from The Boeing Company and being an employee of Boeing.