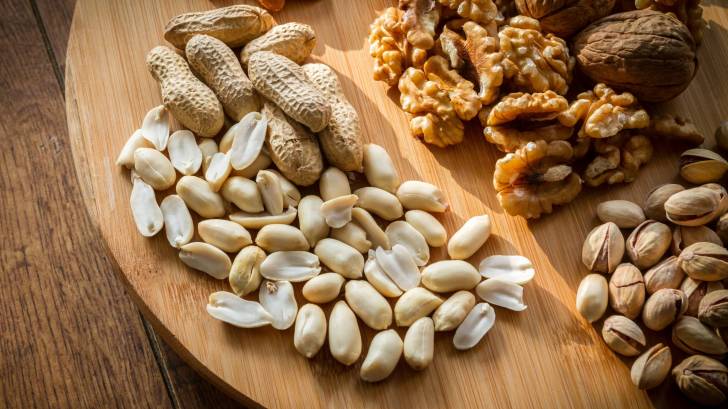 The results of a phase 2 clinical trial indicate that people with allergies to ‘legumes’ would have to continue desensitizing treatment with peanut protein product in order to avoid reactions.

These study authors said in The Lancet on September 12, 2019, ‘it appears that peanut oral immunotherapy (OIT) could desensitize those with a peanut allergy to 4000 mg of peanut protein.’

‘But, ending consumption, or even cutting it back to the smaller amount of 300 mg a day, could increase the likelihood of a person reacting to peanuts.’

Those on OIT who passed the challenge were then randomized to receive either placebo OIT or were switched to a 300-mg daily dose of peanut protein.

One year later, more participants on 300-mg peanut OIT (37%) passed the challenge than those on placebo OIT (13%), confirming insights from smaller trials that desensitization is maintained in only a minority of participants after OIT is discontinued or reduced.

Study participants who passed food challenges also had lower initial levels of allergic antibodies to peanut protein and other indicators of allergic activity in the blood.

'Since the baseline blood tests correlated with week 117 treatment outcomes, this study might aid healthcare providers in optimal patient selection for this therapy’ the authors said.

Over the entire study, the most common adverse events were mild gastrointestinal symptoms. Adverse events decreased over time in all groups, and no treatment-related deaths occurred.

The Phase 2 study—supported by the National Institute of Allergy and Infectious Diseases (NIAID), part of the NIH—may inform who may benefit from peanut OIT and what changes in this experimental treatment should be implemented.

Food allergies are incurable and occasionally deadly, with peanut being one of the most common allergies.

Food allergies are food safety and public health concerns that affect an estimated 4–6 percent of children in the United States, says the Centers for Disease Control and Prevention (CDC).

There is no cure for food allergies, and reactions to peanuts can be life-threatening. More than 170 foods have been reported to cause allergic reactions. Common edible legumes include lentils, peas, chickpeas, beans, soybeans, and peanuts.

In the USA, peanut allergy has become the leading cause of anaphylaxis and death related to food allergy. The prevalence of peanut allergy was more than 2% of US children in 2010.

Avoiding a ‘peanut allergen’ is the only way to manage the allergy, says the CDC.

In an accompanying editorial, Ronald van Ree, with the University of Amsterdam, Amsterdam, cautioned that OIT probably will not be helpful to those who need it the most: patients who are known to be severely anaphylactic to peanut.

Besides OIT, other methods that are being tried are sublingual and epicutaneous; the DBV product is a skin patch and is being studied in both peanut and egg.

On September 13, 2019, the FDA advisory committee intends to vote for AR101 authorization. If approved, Aimmune Therapeutics Palforzia AR101 peanut oral immunotherapy could be the first to market therapy for related allergies.